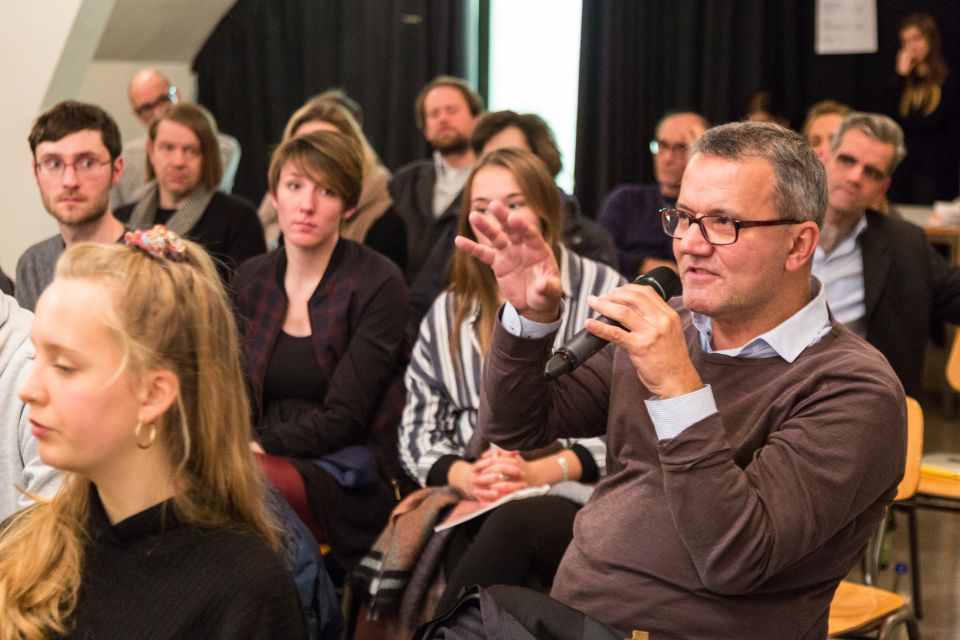 Martin Fritz, rector at Merz Akademie, University of Applied Art, Design and Media, Stuttgart, has studied law in Vienna and started his work in arts as an organizer, curator and production manager for independent projects in theatre, visual arts and film. Later he was Production Manager for Sparverein die Unzertrennlichen, Project Coordinator for „The Broken Mirror“ and „Expanded Art“ for the Vienna Festival and Managing Director for Kunstraum Wien. He has worked as Director of Operations and Director of Programm Planning for the re-opening of P.S.1 Contemporary Art Centre (today: MoMA P.S.1.) in New York (1996 – 1998), Managing Director of In Between – The Art Project of EXPO 2000 in Hanover (1998 – 2000) and General Co-ordinator of Manifesta 4 – European Biennial of Contemporary Art in Frankfurt (Main) (2000 – 2002). From 2001 to 2007 he was a member of the board of the International Foundation Manifesta. From 2004 to 2009 he was the Director of the Festival of Regions, a biennial for site-specific art and culture in rural regions in the Austrian province of Upper Austria.

From 2009 to 2016 he has worked in Vienna as an independent curator, consultant and writer focusing on context studies, Institutional Critique, Site Specific Art and the city, arts management and cultural politics. His curatorial work includes Beziehungsarbeit – Kunst und Institution (2011), an exhibition on Institutional Critique and more for Künstlerhaus in Vienna. In the summer of 2013 he published his essay „Humanism, Pluralism, Globalisation“ on 60 years of the Salzburg International Summer Academy of Fine Arts. More recent research focused on museum uses in Vienna´s Imperial Palace throughout the 20th century. Since April 2016 he is one of the artistic directors (with Katja Aßmann and Angelika Fitz) of ACTOPOLIS | The Art of Action a project of Geothe Insitut and Urbane Künste Ruhr.