Professor in the Field of Film and Video. Artist and Filmmaker.

Portuguese artist and filmmaker Filipa César’s work engages with the fictional aspects of documentary film and the fluid boundaries between film and its reception. She is particularly interested in militant cinema and the political dimension of the moving image and the technologies used. In numerous workshops and seminars, she has already worked with students at universities in Europe and the USA, including Harvard University. She co-founded the Mediateca Onshore, an archival project and a place of learning with ancestors, nature and people in Guinea Bissau.

Together with Diana McCarty, Filipa César has been appointed to a professorship of Film and Video at Merz Akademie. In their artistic work, the duo has focused particularly on interdisciplinary projects with a feminist-critical approach.

In 2011, their collaboration began with the project “Luta ca caba inda” (The struggle is not over yet), which concerns the importance of archives for the collective memory of the war of independence in Guinea-Bissau. The cross-genre work, which has been ongoing for 10 years, has produced digital archives, short films, podcasts, and public events. The results so far are summarized in the publication “Luta ca caba inda: time place matter voice” and the essay film “Spell Reel,” which won several awards and was screened at Moma, New York, the Berlinale in 2017, among others. Last year, their latest film “Quantum Creole” also screened at the Berlinale.

In their interdisciplinary projects, César and McCarty show how their research goes beyond film production, is taken up by other means, and has an impact on current cultural and political debates. They are also co-founders of the elsehere artist association. 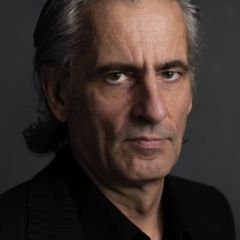 Former Professor for Film and Video. Filmmaker, Producer and Musician. 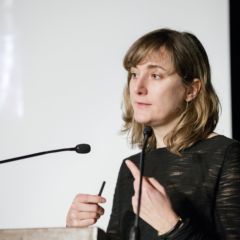 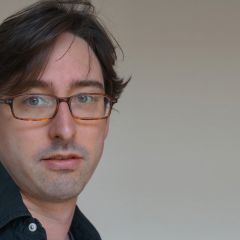 More from Film and Video