Our ambition with this Creator Doctus project (co-funded by the Erasmus+ Programme of the European Union) is to enable Higher Arts Education Institutions in all countries signed up to the Bologna Declaration to be able to independently enter into the 3rd Cycle level with an award recognised at the same level of, and equivalent to, PhD.

In its research activities, the Merz Akademie is particularly dedicated to explore the interconnection and process of mutual exchange between design, technology, art, and scholarship, thus opening up a field for research and artistic practice that is meant to speak to artists and designers as well as to scholars in the humanities.

¡REMEDIATE! is an initiative of Merz Akademie, Hochschule für Gestaltung, Kunst und Medien, Stuttgart and Akademie Schloss Solitude in cooperation with the MFG Filmförderung Baden-Württemberg and the Landesanstalt für Kommunikation Baden-Württemberg (LFK). In 2009 they got together to investigate the transition between film and new media.

In the symposium "Autorenserien", theorists and film scholars discussed the phenomenon of author series on television.

In the winter semester 2017/18, Ronald Kolb has been researching projects and activities from the last three decades with a research and intervention group on the occasion of the 100th anniversary in 2018 and has developed various teaching and event formats that were implemented in the course of the anniversary year. The aim was to reflect on the future perspectives of education, teaching and knowledge production and to relate these to the historical models that the Merz Akademie has gone through.

The research and intervention group organized workshops and a final conference in the winter semester 2018/19 under the title “learning for life” to highlight important aspects of current learning and teaching strategies. They should give impetus to reflect on current and future forms of learning and teaching.

Prof. Kevin B. Lee’s work as an internationally recognized artist is regarded as an essential contribution to the development of “Videoessay” and “Desktop Documentary” into independent artistic formats between documentary form, journalism and art. A current example is the award-winning project “Bottled Songs” on extremist online propaganda in collaboration with Chloé Galibert-Laîné.

Prof. Peter Ott’s interest as a filmmaker has focused in recent years on the political development of the Syrian/North Iraq/Turkey region. He realised his feature film “The Milan Protocol” (2018) there and is also an expert and advisor on the academic film training being developed there.

Prof. Diana McCarty und Prof. Filipa César have focused particularly on interdisciplinary projects with a feminist-critical approach, in which they show how their research goes beyond film production, is taken up by other means, and has an impact on current cultural and political debates. In 2011, their collaboration began with the project “Luta ca caba inda” (The struggle is not over yet), which concerns the importance of archives for the collective memory of the war of independence in Guinea-Bissau. The cross-genre work, which has been ongoing for 10 years, has produced digital archives, short films, podcasts, and public events.

As a pioneer of “net art” and the discourse around the Internet as a space that can be shaped by the user, Prof. Olia Lialina has had a successful international exhibition and work practice for many years. For some time now she has been working as an archaeologist and conservator of early websites and has published on digital culture.

Prof. Mario Doulis is particularly concerned with virtual reality and 3D modelling, which continue the conventions of 19th century chambers of curiosities and become places of innovative learning and playing.

Prof. Dr. David Quigley’s artistic practice deals with the range of identities and positions in which painting, photography, video technology, collecting, curating, exhibiting, combined with historical research, writing and teaching create the conditions for inhabiting and constructing a multitude of “art worlds” (as a plural of the term “art world”). As head of the Master’s program, he deals with questions of artistic research as a method and subject of artistic education.

Prof. Michael Dreyer and Prof. Joost Bottema work as freelance designers/graphic designers as well as artists: Joost Bottema is also active as an author and writer, Michael Dreyer in the field of (concept) art, painting and installation. He also deals with questions of the development of artistic teaching, studies and didactics; most recently, Michael Dreyer conceived the content and graphics of the publication series “TEACH-IN Diskursreihe zum Kunst- und Gestaltungsstudium” and was editor and co-author of the first three editions. 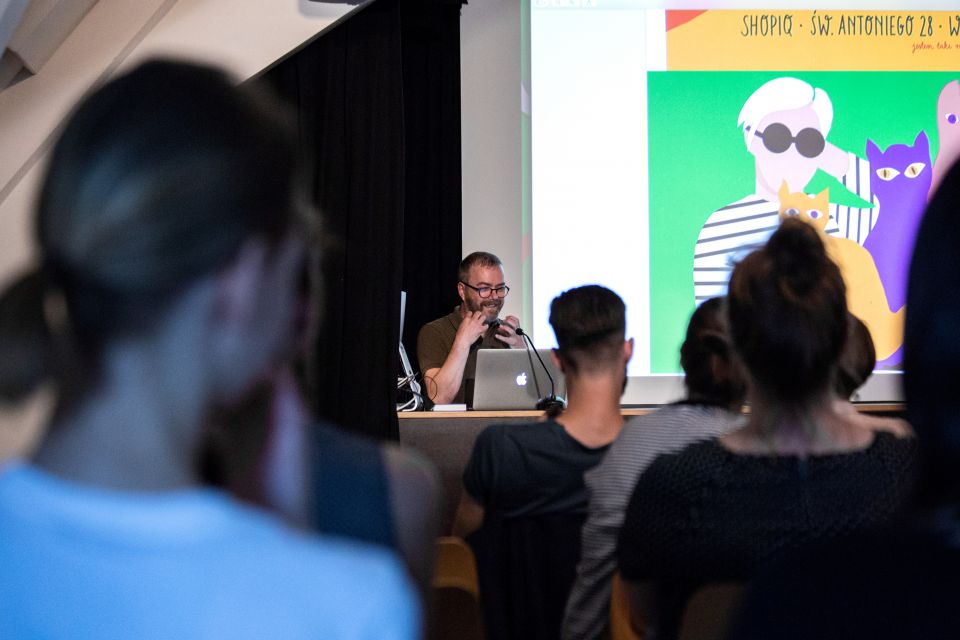