The “Free Academy for Cognition and Design,” as the Merz Akademie was called in 1918, the year it was founded, already sought to integrate intellectual and physical work into a single process.

Today, in many ways, the academy has elevated this maxim to its mission statement. It pursues an integral, reformist-didactic objective and the further development of pedagogy and education based on the reformist pedagogy of Albrecht Leo Merz.

What the founder conceived of as a kind of “general study of design” for the industrial age is being continued today, in the altered cultural, aesthetic, and technological conditions of the so-called information or media age, in the education of designers and authors of print media, moving image media, and electronic media.

The rapid cultural and economic rise in the significance of the media industry goes hand in hand with a raised consciousness about the influence of media on the economy as a whole, on politics, and on society. In order to meet the challenges of the information age, well-informed or technically virtuosic use of media is not enough. In order to understand how much hardware and software do not merely represent some contents, but themselves create cultural meanings, it is necessary to have precise knowledge of the structures and codes that are predefined by machines and programs. Only by reflecting on the possibilities and limits of a medium can alternatives and innovations arise.

A society in which reality is increasingly marked by media requires orientation and guidance from its designers; at the same time, it expects them to communicate targeted and appropriate practical capacities and specific messages, and efficiently and effectively to use and develop the potential of technology. The analysis of contemporary social processes and the reflection on possible developments is the foundation for socially responsible action, and has therefore long been an essential component of how the academy sees itself.

With the Merz Akademies clear interest in the disciplines of the humanities, social, and cultural studies, design, and art, as well technology, the academy positions itself between a classical art academy, a technical college, and a humanities faculty. The academy’s tasks include activities in teaching, research, and further education that facilitate the professional and academic formation and further education of designers and authors in the area of media on a scholarly, artistic, and technological basis.

In 1985, three years after the academy was taken over by Markus Merz, the Merz Akademie was granted state accreditation as a college of higher education [Fachhochschule] by the Ministry for Sciences and Art. The college, administered by the Merz Akademie GmbH as a non-profit organization, was institutionally accredited by the German Council of Science and the Humanities in 2008, which was followed by accreditations for the bachelor’s program “Design, Art and Media” with the Pathways “Film and Video,” “New Media,” and “Visual Communication,” as well as for the master’s degree program “Knowledge Development in Design, Art, and Media.”

The rapid cultural and economic rise in the significance of the media industry goes hand in hand with a raised consciousness about the influence of media on the economy as a whole, on politics, and on society.

The various aesthetic practices in design, art, film, or new media at the Merz Akademie do not simply treat existing knowledge; rather, they produce it as their own media and formal conditions in the sense of artistic research.

The teaching of scientific competence and artistic research play a significant role in the education and orientation of the university.

In its research activities, the Merz Akademie is particularly dedicated to the process of mutual exchange between design, technology, art, and scholarship, thus opening up a field for research and artistic practice that is meant to speak to artists and designers as well as to scholars in the humanities.

The work at the Merz Akademie is based on the principles of equality and equal opportunities. Resources are used responsibly, taking into account environmental compatibility and sustainability. Another important goal of the university is to promote the students’ ability to engage in civil society.

In order to strengthen the quality of its work, the university regularly enables and supports the training and further education of its employees in all areas.

The goals of the Merz Akademie can only be achieved through the cooperation of all members of the university. They maintain a collegial and respectful relationship with each other, and mutual support in fulfilling their respective tasks is a matter of course.

The lecturers promote the learning process and the individual development of the students through knowledge transfer, personal support with extensive feedback and responsible support. They take part in the self-administration of the university, educate themselves further, engage in research and/or artistic work and incorporate the results of these activities into their teaching. They meet the non-scientific staff in a collegial and cooperative manner.

The students contribute their part to the fulfilment of the tasks of the university by acting as active, independent and self-responsible actors in their learning and development process. They adopt a respectful, non-consumptionist attitude towards the staff and the offers of the university.

Service orientation towards students and the best possible support for teaching, research and continuing education activities are essential principles for non-scientific employees in technology and administration.

The aim of the university is to attract as many qualified applicants as possible with different aesthetic, scientific and media interests.

The lecturers contribute significantly to the success of the students and the reputation of the university. They are appointed to the university with the involvement of external expertise. The willingness and ability to pursue the goals of the university through their work in teaching and research are at the forefront.

Guest lecturers and teaching staff are supervised by full-time lecturers and supervised in the fulfilment of their duties. All lecturers are subject to regular assessment by the students and participate in the discussion of the results of such evaluations and in efforts to improve the quality of teaching and study.

The curricula of study programmes are presented in learning goal-oriented module and event descriptions, which are regularly updated. The relevant processes in study and teaching are regulated by regulations and statutes, which are published. Procedures and contact persons for problem solving are named.

The performance of the university is evaluated by external procedures at regular intervals. The results of these procedures are published.

The financing of the university is ensured by public subsidies, by cost contributions in the form of tuition fees, by income from services and publications, by third-party funds from research and development as well as by support from sponsors. As a non-profit institution, the university is committed to the economy and expediency of its expenses. This is documented by the publication of the balance sheet. The Merz Akademie seeks the support of individuals and institutions who share its values and goals. It also addresses former students and the interested public and invites them to accompany and support the university.

Through projects, exhibitions, conferences and publications, the Merz Akademie regularly presents the results of its work, thus participating in the public cultural life. 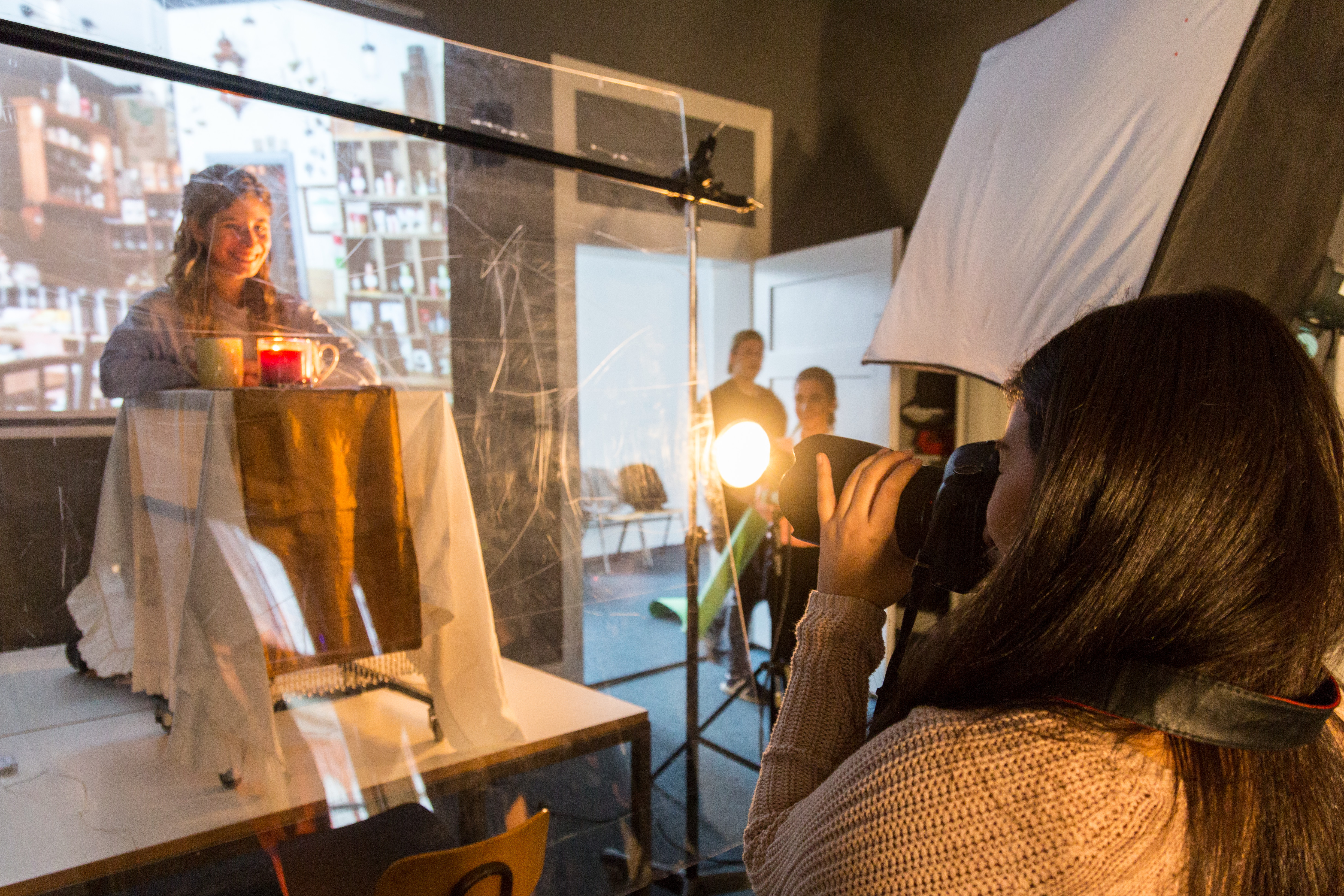 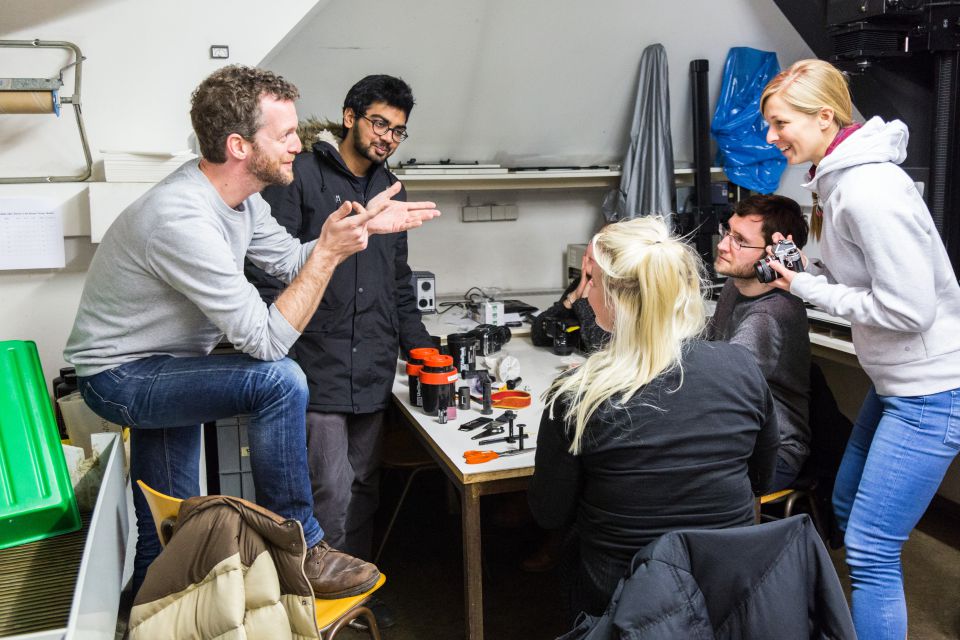 10 Reasons to Study with Us