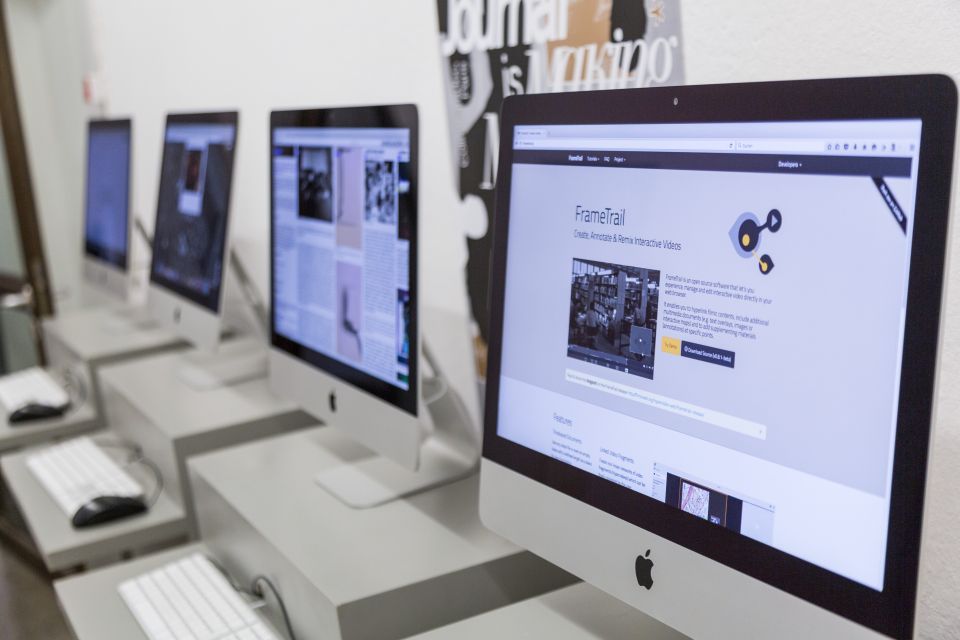 FrameTrail is an open source software that lets you experience, manage and edit interactive video directly in your web browser. It enables you to hyperlink filmic contents, include additional multimedia documents (e.g. text overlays, images or interactive maps) and to add supplementing materials (annotations) at specific points.

The software has been developed at Merz Akademie in the context of the “remediate” research project, mainly funded by the “MFG Filmförderung Baden-Württemberg” and the “Landesanstalt für Kommunikation (LFK)”. The goal of the research project was to “explore the historical changes being undergone by the cultural technologies of film and television in conjunction with new media”.

Developed by New Media Professor Mario Doulis and the Merz Akademie graduate Joscha Jäger application is based on open web technologies. It enables a variety of applications and uses, including as an interactive, multimedia presentation platform for exhibitions, museums and archives.

In the sub-project “Reverse Remediation – Overcoming the Seamless Discontinuity of Hypermedia”, the media-theoretical foundation has been built and several approaches towards film as a means to access document archives have been experimented with. Basis for todays’ developments was a Bachelor’s Thesis on the subject of “Open Hypervideo as Archive Interface” (2012), which resulted in a prototypical implementation of “Open Hypervideo” and a first use case. In several iterations, the developments were continued and additional use cases could be explored in follow-up research projects, carried out by Merz Akademie and lead by Prof. Mario Doulis.
In 2016, Open Hypervideo was officially launched under the new name “FrameTrail” and published under an Open Source License.