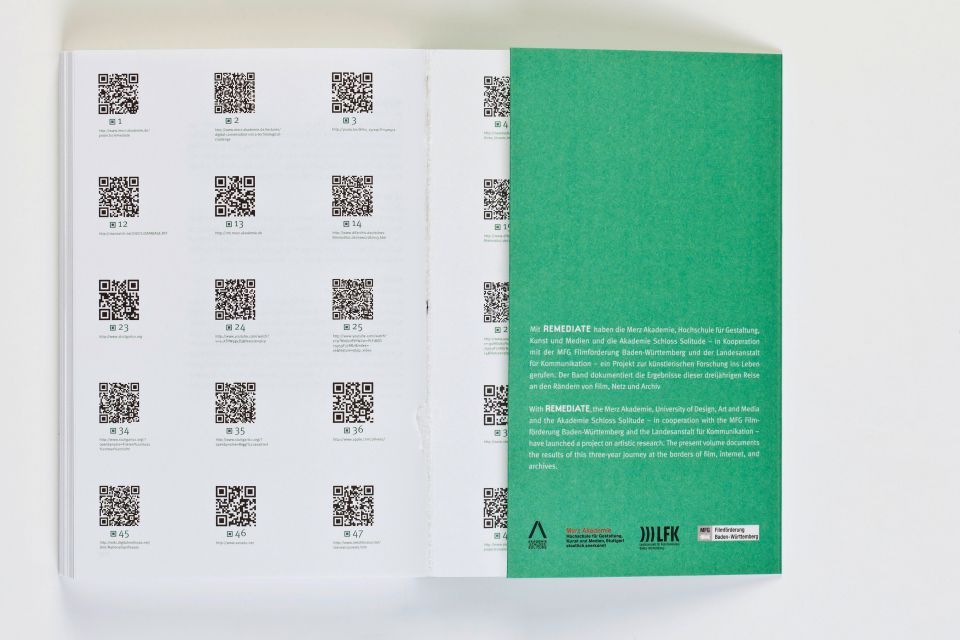 With digitization largely completed, the media of film and video have now been almost entirely absorbed by the medium of “computer.”

And our reception behavior has also been permanently altered. Previously, film works were mainly seen in the cinema and on television, while now the DVD and the internet are becoming more important–aspects of a comprehensive remediation in the area of the audiovisual. Films and videos tend be received as simulated applications on the computer.
But the margins are open in many directions: with machinimas, films are shot in game environments, odd hybrids of computer game, film, and theater. Some are contemplating how archives can be accessed by making use of film grammars. And the idea of the “public” is a factor that has to be considered quite differently than ever before.

With remediate, the Merz Akademie, University of Art, Design and Media and the Akademie Schloss Solitude–in cooperation with the MFG Film Förderung Baden-Württemberg and the Landesanstalt für Kommunikation–have launched a project on artistic research. The present volume documents the results of this three-year journey at the borders of film, internet and archives.