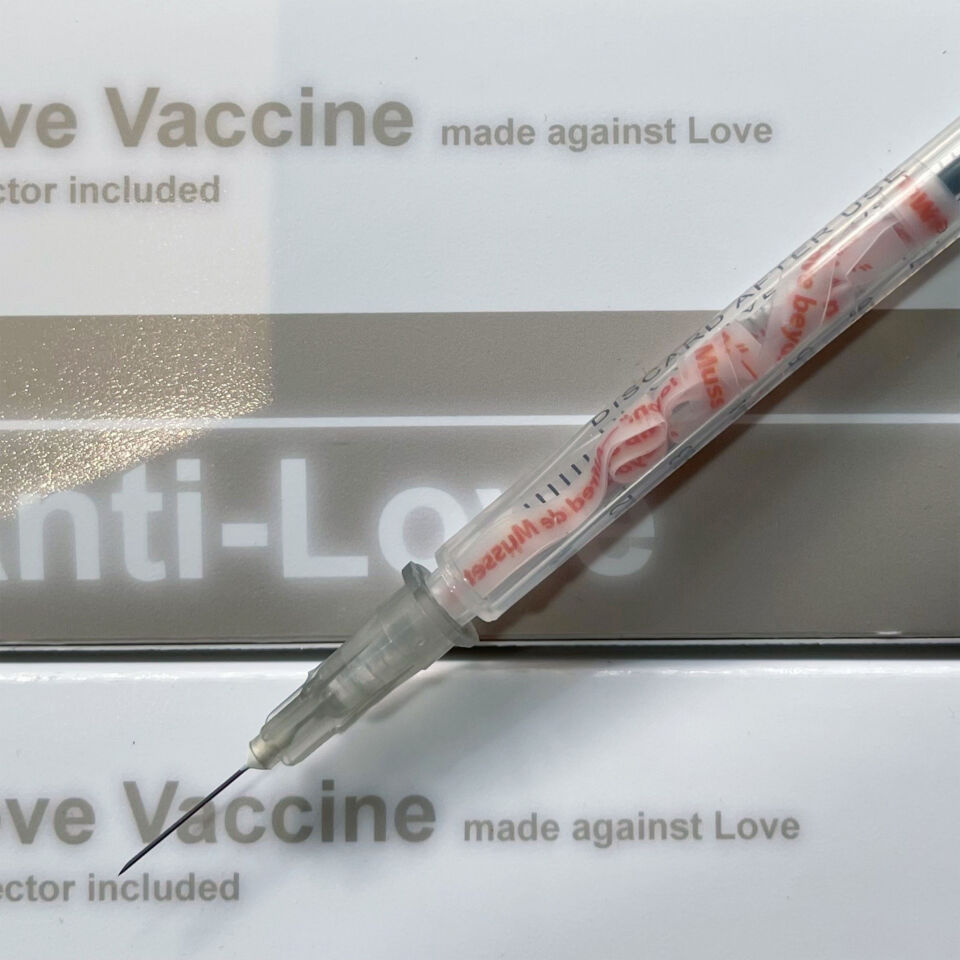 In the project seminar “Research as Production” the thematic focus of the Master’s program is systematically explored, one’s own areas of interest are identified and individual concerns are outlined. Furthermore, methods of topic research and the conceptualization of individual projects are taught. By working together with students from different professional backgrounds, the participants gain a reflected understanding of the special features as well as the possibilities and limits of their own field of study and research.

LovePlus is made by/with/for love that enhance your ability to love and be loved. On the contrary the Anti-Love, a Vaccine made against love, protects you from love and its complications. But before you decide to take any of these medicines, please read all of the leaflets carefully because they contain important informations for you, like possible side effects etc.

How I got my boyfriend by Chaeyun Kim

Human thinking is still bound to three dimensions. The internet theoretically introduces limitless possibilities for our art, work, and lives. How can we picture this? Can we?

when gazes meet by Furkan Dönmezer

an attempt to visualize the blurring line between private and public through juxtaposing
the bedroom and the street. thinking about surveillance that happens on and through
us.

For my master’s project, I’m working on a short movie, which I’m planning to shoot during the third semester during the autumn/winter-time. For the exhibition, I wanted to show my progress so far by including the project’s Exposé, Scene Outline, Script, and for making it visually imaginable the Moodboard. The Script is in German because the movie will be shot in German for the authenticity of the characters and the plot.

The project is set around topics, such as drug addiction and mental issues, and puts it incombination with topics such as expanding awareness and having drug-induced intensive mental states. The main topic, however, is isolation in society and how it affects humans, that have to deal
with it.

Facets of Luxury by Melisa Sönmez

In this magazine, I will visualize the different or maybe the same views of my friends Caro and Fulya. Both will explain their thoughts and share their personal stories of how they feel about the luxury items they own and why luxury are so important for them.

New in Germany by Hussein Awada

This project facilitate learning of new language (German) by drawing a figure linked to scene. Each word designed by a drawing using line drawing style that summarize an unforgettable day in Germany.