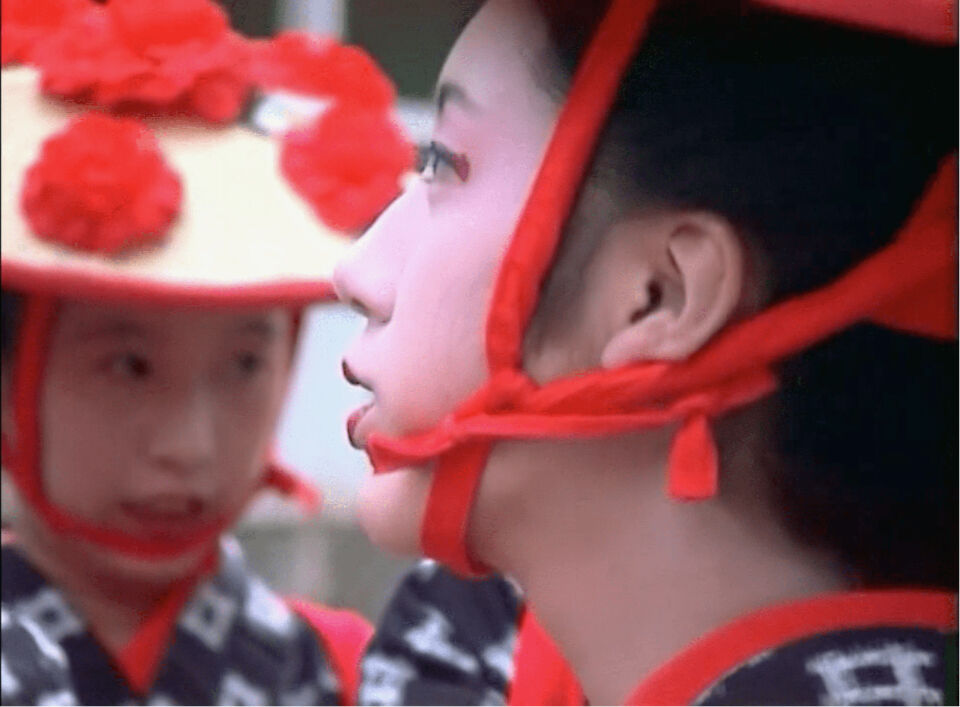 Today, when one goes on a journey, the travel is ritualized through the visual machine. The image, coming alive in time as it frames time, is there where the actual and virtual meet. In the process of ritualizing Japan’s „hundred flowers,“ it is the encounter between self and other, human and machine, viewer and image, fact and fancy that determines the field of relations in which new interactions between past and present are made possible. Shown in their widespread functions and manifestations, including more evident loci such as festival, religious rite and theatrical performance, „rituals“ involve not only the regularity in the structure of everyday life, but also the dynamic agents in the ongoing process of creating digital images at the speed of light.

Since the 1980s, film artist and theorist Trinh T. Minh-ha has made one of the most advanced attempts in film history to give the fundamental conditions of the medium a (self-)critical form. From October 22, 2022 till January 22, 2023 the Württembergischer Kunstverein will present a comprehensive solo exhibition of her films, initiated in 2020 at NTU CCA Singapore, then directed by Ute Meta Bauer. The Kunstverein will show its own interpretation of this project.

In collaboration with Württembergischer Kunstverein Stuttgart.

Prior to the lecture you are cordially invited to visit the current exhibition at WKV "Carrie Mae Weems. The Evidence of Things Not Seen", which will be open until 7:30 p.m.