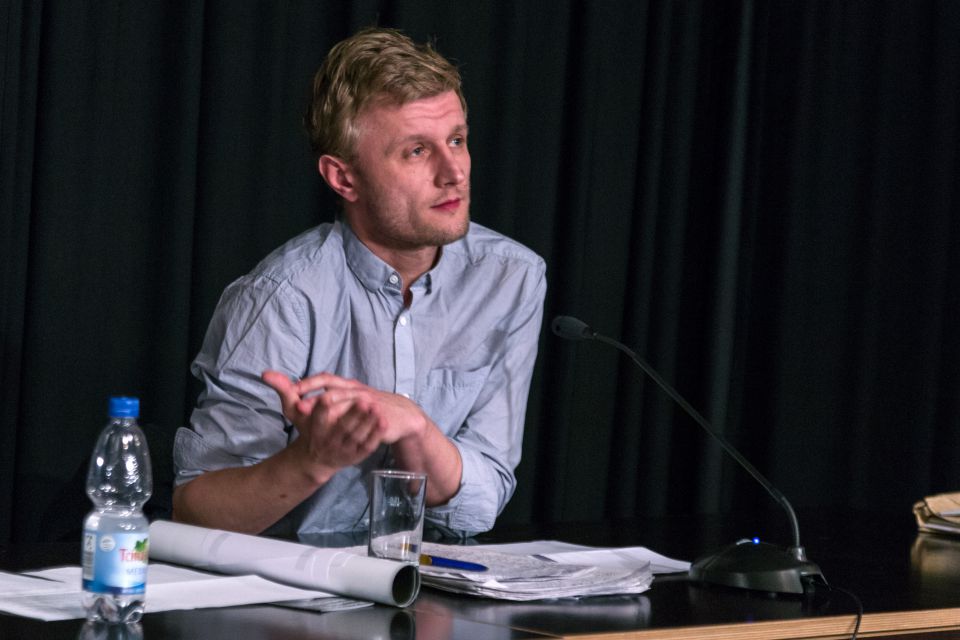 In his lecture, Vasyl Cherepanyn will analyze the cultural and political context in Ukraine during the situation of war and conflict, where radical attitudes and hostility have continued to grow and the degree of hate speech has increased both on a national and international level. The talk focuses on the functioning of public institutions in the revolutionary situation under the conditions of war and occupation, as well as on the connections between symbolic and real violence and its influence on cultural processes in Ukrainian society before and after the Maidan uprising. This talk shows how artistic, academic, and political antagonisms have developed, seen specifically from the perspective of an engaged cultural institution and art that has become a political subject.

Vasyl Cherepanyn is philosopher and curator, Head of the Visual Culture Research Center (VCRC, Kyiv) and an editor of the Political Critique magazine (Ukrainian edition). He works as a lecturer at the Cultural Studies Department of the National University of Kyiv-Mohyla Academy and holds a Ph.D. in philosophy (aesthetics). Also he worked as a guest lecturer at European University Viadrina in Frankfurt (Oder), Germany, at the „Political Critique“ Institute for Advanced Studies in Warsaw, Poland, and at Greifswald University, Germany. He was also a visiting fellow at the Institute for Human Sciences in Vienna, Austria. In 2015, VCRC has received the European Cultural Foundation’s Princess Margriet Award for Culture for its activities. Visual Culture Research Center is the organizer of The School of Kyiv – Kyiv Biennial 2015, and The Kyiv International – Kyiv Biennial 2017.