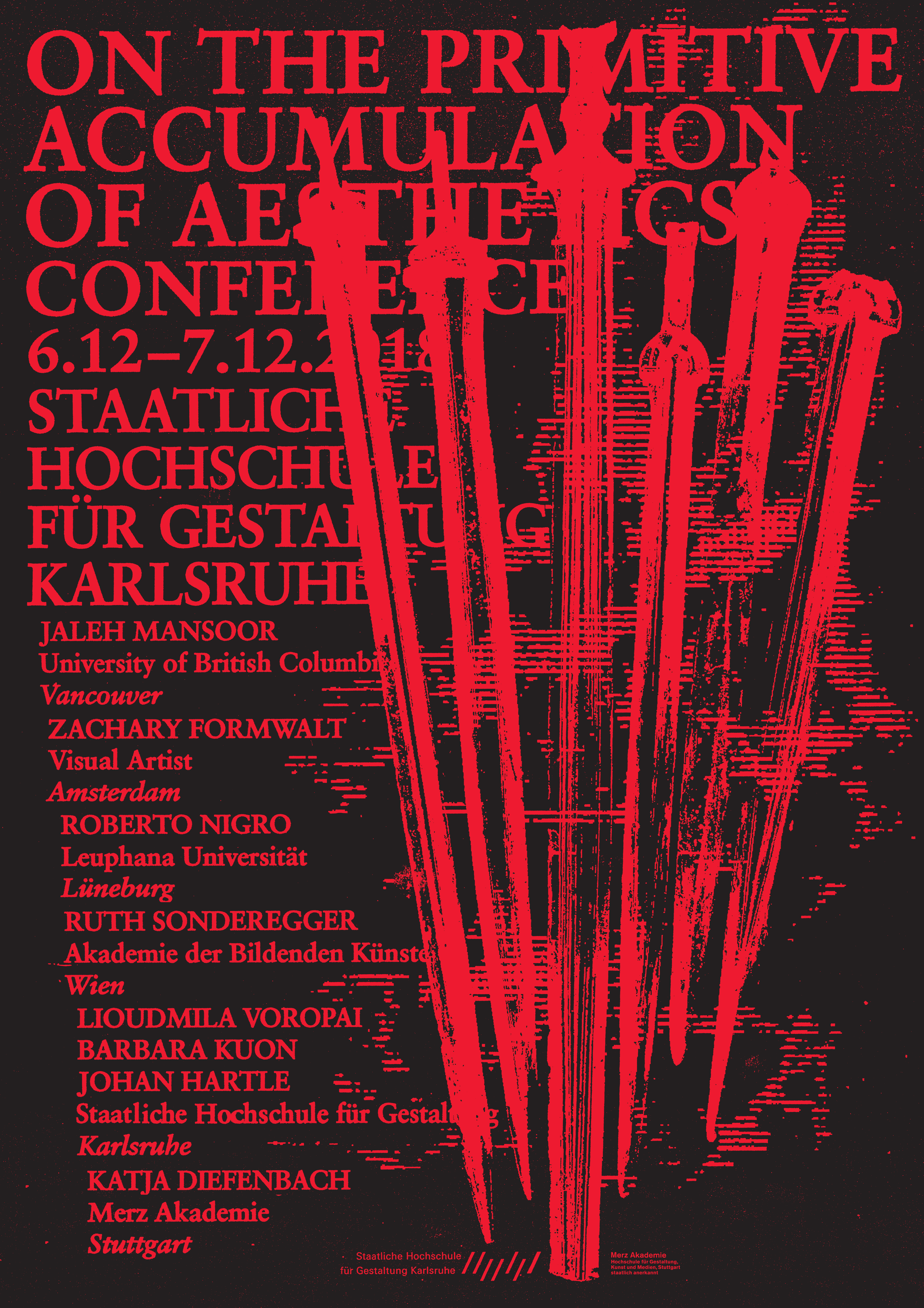 From different theoretical and historical perspectives, eight international theorists approach the question concerning the involvement of art and aesthetics in economic forms of power – such as the private appropriation of collective resources – as well as art’s and aesthetics’ role in their justification and ex post facto glorification.

“The origins of the market economy are to be found in robber barony.” Taking this thesis as its starting point, the conference is devoted to the concept of “primitive accumulation:” the name given to the most violent of historical processes, which not only predates the contractually regulated market society but also continues to play a role in its perpetuation. The concept describes the private appropriation of communal goods as well as the separation of producers from their means of production (the clearance of the peasantry, the emergence of wage-dependent labourers), measures through which forces of labour and natural resources are made to serve the project of the accumulation of capital.

In the classical discussion, forms of colonial land appropriation are described in this way — the appropriation of distant regions and geographies. In addition to this, the concept of “primitive accumulation” is experiencing a renaissance in contemporary, social-theoretical debates, as it can also be used to describe the current development of the redistribution and privatisation of social assets.

Taking this discussion as a starting point, the conference poses the question: How much does art and aesthetics have to do with the question of the private appropriation of collective resources, with its ex post facto glorification (as looted art and displays of cultural wealth) or discursive justification (the “universal” character of western, bourgeois art)? Or, how deeply is the ur-history of social inequality embedded in orders of perception (the sensuous configuration of the disciplined labourer, the abstraction of looking in modernism’s success story, the exoticizing gaze of Orientalism).

The proceedings of the conference are in English.