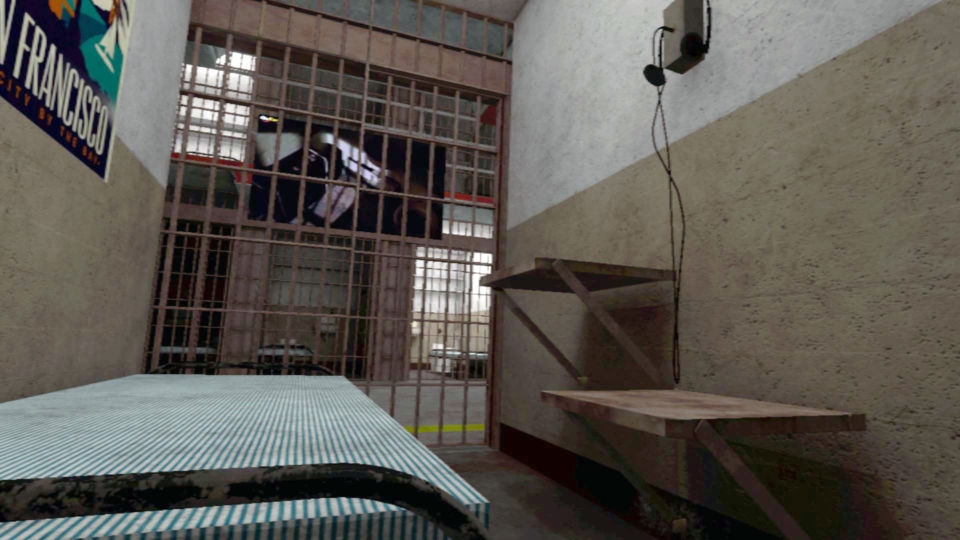 Escape from Alcatraz is an adaptation of the film of the same name, which can be felt in my project.

You enter the world of Frank Morris, who is planning an outbreak. As a VR adaptation, I decided on the scene in which he actually leaves his cell and flees. At the beginning you also start in a cell and have to search for the exit in virtual reality. The attempt here is to generate a deeper realistic immersion that moves as close as possible to the film.