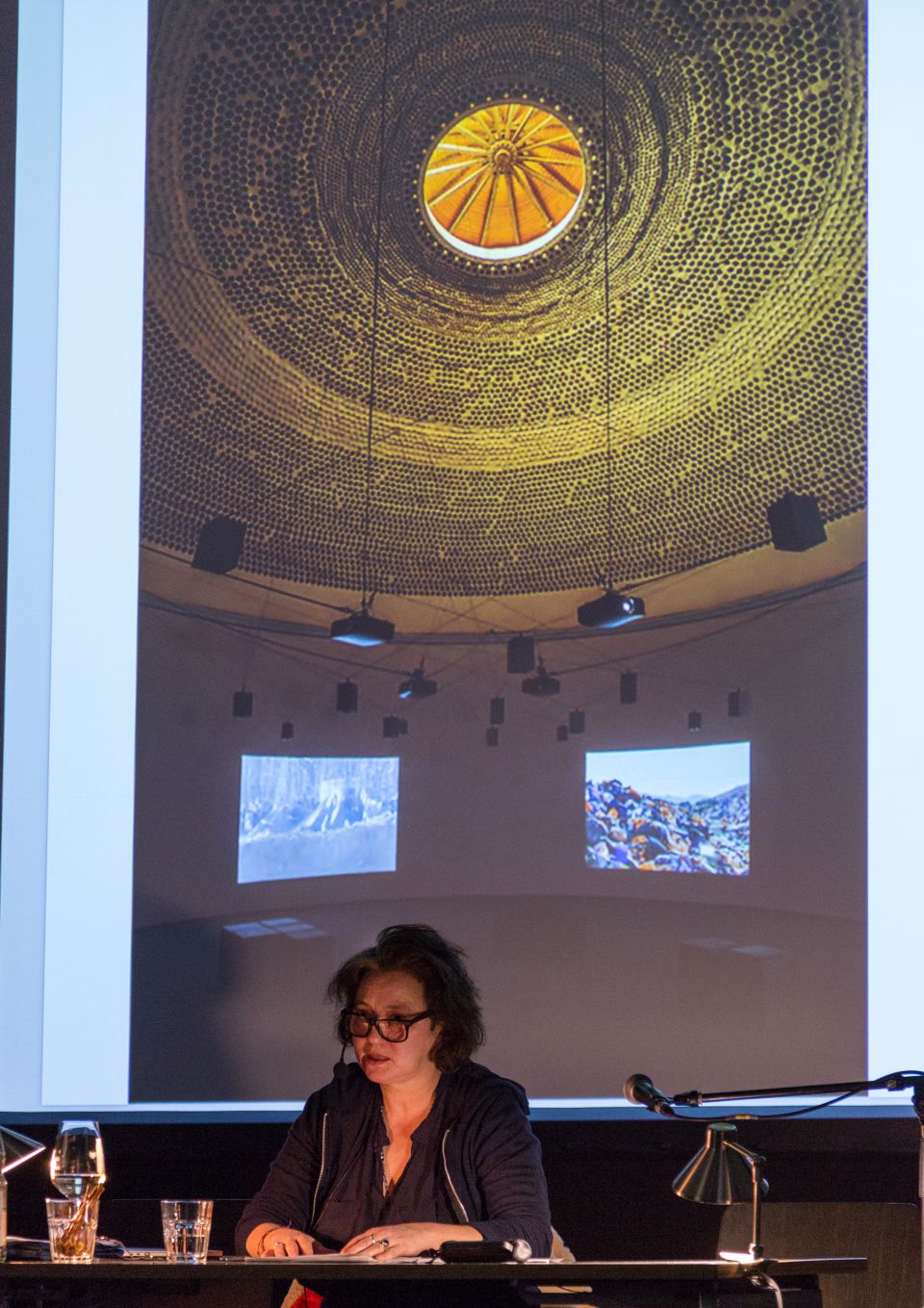 Cartographic Film Narratives and Politics of Images in Dialogue with Deleuze, Guattari and Deligny

With some examples of my projects I would like to discuss what a ‘decolonisation of our mind’ could mean within a set of machined relations that define exteriority. Artistic research projects create a mind work that questions how we conceive and live relations to geography. Some are automatized and some reproduce a modern culture of divisions. How can we understand the expression of landscape as knowledge, as a changing and speaking entity within our contemporary production of subjectivity? How does a media practice of mapping relate to the idea of a machinic animism and how can we understand it as a ‘migrant work’. This asks for another direction of meaning within politics, migration and its existential practices in the arts that intervene in today’s fabrication of the social-political body. The globally enacted normative production of subjectivities resonates with another comprehension of corporeity that refuses subject-object, nature-culture divisions. I will show excerpts and unfold cinematic and cartographic practises for example Fernand Deligny’s film work, the audio visual research Assemblages and the documenta14 project Crossings that proposes a complex installation as a cartography of places crystallizing major stratifications and realities of the delirious, quasi-schizophrenic condition emerging in the current state of the debt crisis in Greece, where capitalism forces neoliberal deregulations and a civil war against its populations.

Angela Melitopoulos studied fine arts at the Academy of Arts in Düsseldorf. She has been working with electronic media since 1986 creating experimental single-channel tapes, video installations, video-essays and documentaries. Her work of art is often based on research and collaboration with other knowledge spheres like sociology, politics and theory. Angela Melitopoulos video works have received numerous awards and are presented at international art exhibitions, film festivals and symposia. She created audio-visual research in collaboration with sociologist and philosopher Maurizio Lazzarato. She also organizes seminars and exhibitions, publishes essays and works as a guest professor at colleges and universities.